Mark Boleat in The Development of the City of London as a Representative Body – a paper he read to the Guildhall Historical Association on 20 January 2014 – discusses how and why the this local authority came to defend the interests of the finance industry at the expense of those of its residents. Here’s Boleat on the City:

The City of London Corporation has the functions of a local authority in the Square Mile, but it is heavily involved in many other areas including arts and culture, open spaces, private education, food markets, the judiciary, policing and State events. The City Corporation also has a representative role for “the City”, a shorthand expression for the UK’s financial services industry. This role involves setting out the City position and seeking to influence public policy in the UK, Europe and globally.

Why the City Corporation is involved in non-local authority functions is bound up in history, and partly reflects the financial resources at its disposal….

It is helpful briefly to set out the nature of the City Corporation’s current representative role, before beginning to analyse how that role developed. The work today includes:

The Lord Mayor’s overseas programme, which is largely promotional although there is some representative work on policy issues. This also applies to the Lord Mayor’s role in receiving foreign visitors.

The Policy Chairman is involved in frequent meetings with politicians, think tanks and other opinion formers in the UK, and also on the international stage – in the EU, China, India and the US. The objective of this work is to influence policy, lobbying as some would call it.

The City Corporation conducts and sponsors research and events and makes policy representations on a limited number of issues, generally cross-sectoral.

The City Corporation is the largest individual funder of the TheCityUK and is heavily involved in its work. TheCityUK is a relatively new body but has rapidly established itself as the cross-sectoral representative body for the UK’s financial services industry…

Having briefly explained the “what”, the more important question is the “why”. There is no law that says that the City Corporation has a representative role and no one has appointed it to have this role. Here it is necessary to understand how the policy making process works and the role of representation in that process. It would be nice to think that policy making is a logical process – policy makers doing the necessary analysis and consultation and then producing proposals that are in the national interest. But the process is not like this in reality. The policy makers are primarily concerned with winning the next election, so short term considerations have an unduly important influence. Some groups of people have far more political clout than others, and the media have a disproportionate influence. And, finally, the government is not the only source of knowledge and expertise. So a wide range of organisations seek to influence the political process, from trade associations representing particular sectors, to pressure groups (e.g. Greenpeace), think tanks (e.g. Policy Exchange and Institute for Public Policy Research) and individuals.

The influence any group has depends on a combination of factors:

Its “representativeness” – does it in practice represent a significant and relevant interest group and is it recognised as such?

Its influencing skills, which depend partly on the characteristics of the people running the group.

Political “clout”, which may well represent personal factors – such as connections with policy makers or ability to use the media.

The City Corporation scores highly on the final three points. This is partly because it has been able to put resources into this work – good quality representations in particular do not come cheap. It is the first point that is the key one. At first sight a body which provides local authority services, even one as eminent as the City of London Corporation, has no remit to represent a sector as wide as the UK financial services industry, any more than Grimsby Council could represent the fishing industry, or Aberdeen City Council could represent the offshore oil industry. But, in practice, the City Corporation now has an accepted representative role….

Boleat describes what has happened and how this happened but he does not attempt to justify it in terms of democratic political process because it can’t be defended in such terms. He stresses that the City of London is not party political, which is not entirely true, while overlooking the fact that its lobbying programme – which is neo-liberal economically – is overtly political. The City fanatically campaigns for ‘financial liberalisation’ and in favour of tax havens, in other words mechanisms that will facilitate the transfer of wealth from the many to the few. It represents the interests of ultra-high net worth individuals and corporations at the expense of everyone else.

The City’s representational role for the finance industry brings with it the cost of it failing to perform its representational role for those who live in its local authority area; we seem to be viewed as an inconvenience. Much needed democratic checks on the City’s neo-liberal propaganda activities are thwarted by a council election system dominated by business votes. The City needs reforming and this should begin with the abolition of business votes. One person, one vote, is the basis of all truly democratic systems. Those awarded business votes in the City get to vote both there and where they live. Most people having one vote, with a handful getting two, is fundamentally undemocratic.

Boleat’s paper quoted from above – and others delivered to the Guildhall Historical Association – can be downloaded here: https://guildhallhistoricalassociation.org.uk/papers/papers-2010-to-present/ 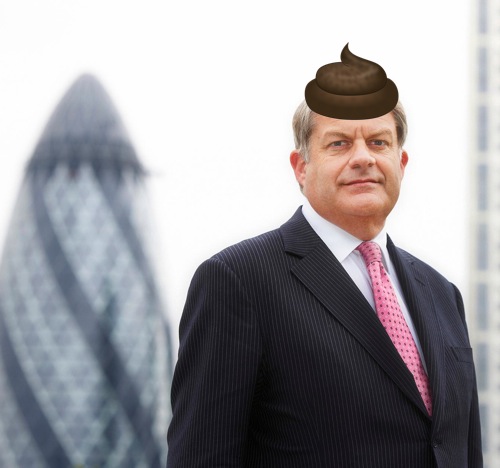 I'm inspired by sisterhood, Occupy London, home made clothes, valve amps, short books and long hair. I think big, work hard and value love. In my spare time I do origami and I've been learning Bulgarian for the last year.
Tax Justice Network