Councillors on the City of London Planning and Transport Committee– like all other councillors – have to make a declaration of interest, which anyone can read online. Those who gave the green light to Taylor Wimpey’s obnoxious planning application for the site of Bernard Morgan House in Golden Lane are aware possible conflicts of interest are being looked into with regard to them. We have addressed currently unresolved questions about Chris Hayward, Michael Bear and James Thomson, as regards potential nepotism elsewhere.

While looking into whether there is a cronyism issue in relation to the Bernard Morgan House planning approval, a peculiar entry on Michael Bear’s declaration of interests attracted our attention; viz his non-pecuniary involvement in a so-called “Grand Charity Society”. As I write, Google web searches using quote marks around this phrase bring up only three results, all of which lead to a Blogspot site ‘match final world cup 2010’; from a quick glance this appears to be an abandoned blog set up to game search engines with cut-and-paste text and links to itself and various other web addresses. The Freemasons’ Grand Charity topped the results of searches for the same term without quote marks.

It seems likely, although we aren’t yet certain, that the Freemasons’ Grand Charity is what Bear’s non-pecuniary interest flagged up here represents. If our guesswork is correct then it would seem probable Bear is also a Freemason. We think it unlikely memberships of this ‘secret society’ have any bearing on the decisions of the City of London Planning and Transport Committee. We say this knowing the chair of that committee Chris Hayward lists the fact he is a Freemason on his declaration of interests.

We are aware that Freemasonry is more widespread in the City of London than in most other places in the UK; and while we see the operation of an old boys network in the city as an issue the requires urgent political redress, we believe this crony culture is something that has grown up outside and independently of Freemasonry. What is troubling here is that Bear’s declaration of an interest in the Grand Charity Society is opaque; we can’t be absolutely sure what it refers to. If our speculations are correct, then if Hayward feels it is necessary to forthrightly declare he is a Freemason when listing his interests, why doesn’t Bear? Is Bear trying to hide something?

Anyone who cares to do a web search will find that a number of conspiracy theory sites list Bear as the 683rd Lord Mayor of London and a Freemason belonging to the Guildhall Lodge #3116. That said, for those seeking social justice, the speculative masonry of City of London councillors is of little interest; we are much more concerned about operative masonry – the connections between these men and urban ‘regeneration’ schemes, as well as the building and construction industry.

While we don’t necessarily think all the research on the conspiracy sites we mentioned is inaccurate – Bear IS a former Lord Mayor of London – the conclusions they draw from both verifiable facts and unbelievable rumours are ludicrous. When looking at both operative and speculative masonry, we prefer to use more reliable resources such as the London Metropolitan Archives, which provides the following online details about its holdings from the Guildhall Lodge:

Administrative History: The Masonic Lodge was founded in 1905 as number 3116, and was based at Keyser’s Hotel on Victoria Embankment or Mansion House. From 1930s it was based at Mansion House and Guildhall. Since 1905 over 70 Lord Mayors have been Masters of the Lodge.

Access Restrictions: These records are available for public inspection, although records containing personal information may be subject to access restrictions

The following from the London Metropolitan Archives summary is particularly worth noting: ‘Since 1905 over 70 Lord Mayors have been Masters of the (Guildhall) Lodge.’ If correct this indicates that more than 50% of the City of London’s Lord Mayors over the past century or so have been Freemasons. This is not really surprising given that the Lord Mayor’s office, the livery companies which are also an integral part of city culture, and Freemasonry, all entail gearing up in fancy dress and indulging in silly quasi-mystical rites.

Bear’s immediate successor as Lord Mayor was ‘Sir’ David Wootton, who is quite open about his activities as a Freemason; currently there is an interview the latter has given on this subject freely available online. The probability that Bear is a Freemason is reasonably high, and if this is the case one has to wonder why he is so coy about the matter. That said, regardless of whether or not Bear is a Freemason, he should explain definitively and publicly what the ‘Grand Charity Society’ – as listed on his register of interests – is. While it appears this is not the only irregularity in Bear’s declaration of interests, it is the only one that requires a statement from him to resolve with certainty what exactly it is he’s invoking. 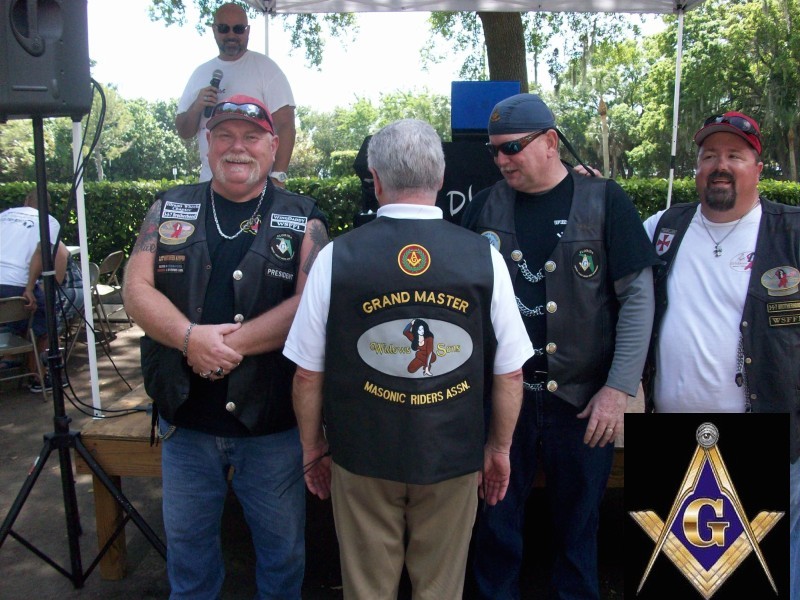 35 thoughts on “Is ‘Sir’ Michael Bear’s Declaration Of Interests On The Square?”